As with all of our reviews, we pit the default speed system against the overclocked one in a head-to-head byte match.  The effective overclock for these tests is 5.25Ghz @ 50x multiplier and 105 BLCK.  We had to change the cooling method for this overclock to something a little colder than ambient air temp, in fact it took the Single Stage Chiller to run at these speeds.  The results are shown below. 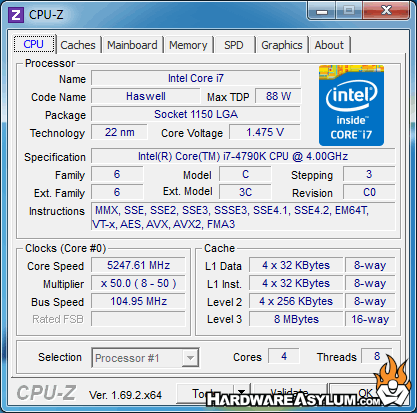 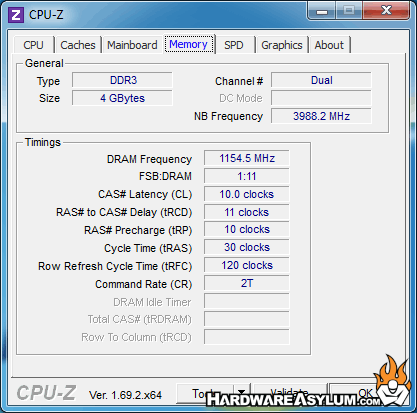 When overclocking it is important to find a "sweet spot" where the performance curve tops out and still remains stable with a reasonable amount of heat production.  With this system we found that the 4790K runs cooler than the 4770K thanks to an improved interface between the CPU and heatspreader.  It still runs hotter than it should which also limits how effective it can be under Single Stage Phase.  Most of this heat can be attributed to the smaller CPU die and difficulty with heat transfer but can also be attributed to the onboard voltage regulator that is now part of the CPU.

As you can see we are using the Gigabyte OC Brace as part of our Single Stage Phase Setup and works nicely on our benching platform. 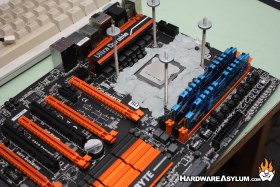 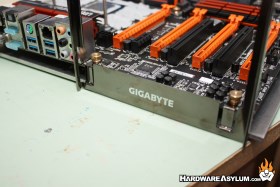 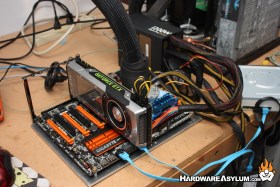 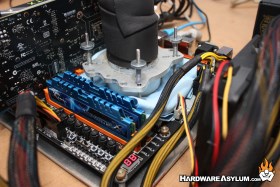 Overclocking the Gigabyte Z97X SOC Force was pretty straight forward and can be done in a variety of ways.  For those familiar with the Gigabyte UEFI you can manually set frequencies and voltage or you can select any number of "auto up" options that will automagically overclock your system  The important thing to note with any Haswell based overclocking is to "know your processor".

For our tests the only way to run 5.25Ghz was by putting the whole system on the Single Stage Phase Cooler and after some trial and error we finally had a stable system.  This processor has been known to run 6.1Ghz under LN2 so we had expectations of at least 5.4Ghz on phase but alas, it wasn't going to happen at a reasonable voltage.