As with all of our reviews, we pit the default speed system against the overclocked one in a head-to-head byte match.  The effective overclock for these tests is 5.25Ghz @ 50x multiplier and 105 BCLK.  To attain this overclock I set the XMP profile on the memory and bumped the CPU multiplier to 50x while setting the BCLK to 105.  Another important aspect of this overclock was syncing all of the cores to the same multiplier.  Core voltage was bumped to 1.5v

This is the first time using the new 10th generation Intel processor and while the overclocking aspect hasn’t changed much Intel introduced something new to Boost 3.0 making the boost frequency based on your cooler quality.  Basically if you can keep your system cool the CPU will boost higher.

Most would call this a power limit which has been common on GPUs for quite some time.  After resetting the CMOS on an ASUS Maximus motherboard you are prompted to select if you want the Intel Default performance settings or the option to unlock performance using ASUS settings.  You can change these in the UEFI but selecting it at the start saves you some time. 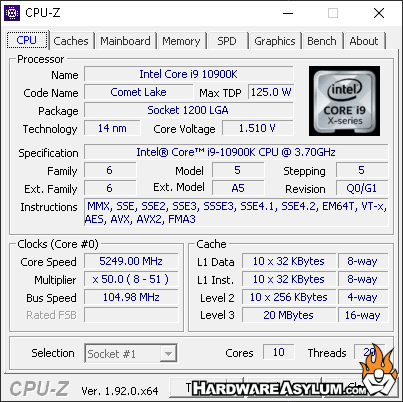 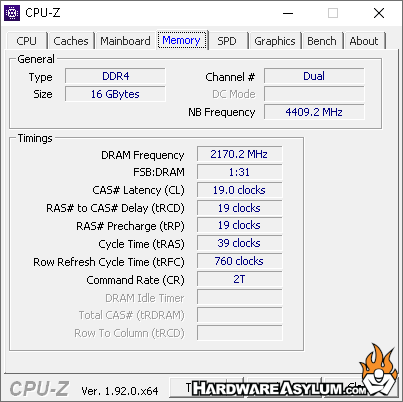 To maximize system performance you have a couple options.  The first is straight multiplier overclocking after that you can extract a little more by tuning the BCLK and memory settings.  This will increase overall memory bandwidth and make things faster due to how the multipliers work.  Of course with memory you can “buy” performance by simply buying faster modules and in doing so you not only get faster out of box performance but considerably more headroom if you choose to experiment with BLCK overclocking and tuning the memory controller.

Much like with the Threadripper you run into the issue of heat.  I was using a high quality AIO cooler on this system and under most benchmarks I could hit the 5.3Ghz across two cores with no problem.  When multi threaded benchmarks would run the processor would setup down to 4.9Ghz and was where most everything got recorded.

By syncing all the cores I could get the processor to run at 5.3Ghz however it wouldn’t complete Cinebench R20 at that speed no matter how much voltage I fed the CPU so I’m either running into a power limit or my processor isn’t that good.  Lucky for me I have several other Z490 motherboards in the lab and will be experimenting to see what I can get.

Of course since I enjoy dabbling with the overlocks I decided that since I could not run at 5.3Ghz I would get as close as I could.  For this I set the XMP profile for my GSKill memory to 4133Mhz and then raised the BCLK to 105.  This overclocked EVERYTHING 5Mhz due to the nature of BLCK (Base Clock) so I reduced the CPU multiplier to 50x to bring the CPU frequency down to 5.25Ghz while it overclocked the memory and memory controller adding 200Mhz or so.

The end result is more power with very little added to the actual CPU.