In the fast paced world of computer hardware it can be difficult to keep track of things.  In this year alone, 2017, there have been three major Intel processor launches, two from AMD and countless numbers of motherboards.  More motherboards than any of us would care to count and they are all carefully designed to match a pre-defined segment in the marketplace.   MSI has been hitting the gaming segment extremely hard and might have actually hit a home run using a processor where gaming isn’t a primary focus.

For this review I will be looking at the MSI X299 Gaming Pro Carbon motherboard.  This is a gaming ready motherboard built on the new Intel X299 chipset supporting Core X Series processors on the LGA 2066 socket platform.  Those of you familiar with LGA 2066 or X-Series processors in general will know that these are the HEDT (High End DeskTop) processors normally reserved for hardware enthusiasts who build without limits or industry professionals who prefer workstation style systems who can leverage everything X-Series has to offer. 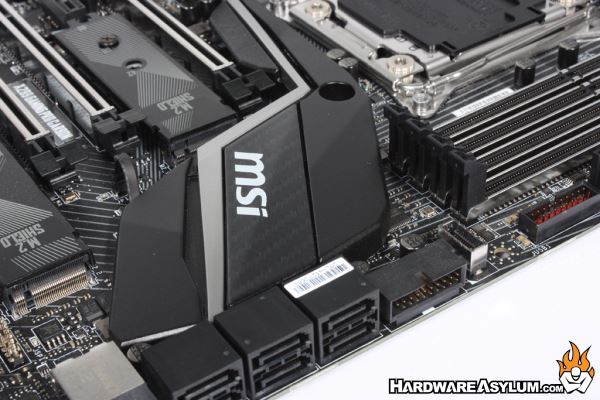 I had mentioned that this motherboard is designed for gaming and is part of the MSI Performance Gaming series of motherboards designed to offer the best possible gaming experience.

I’ll be going over the specific features that make this possible later in this review.