SiSoft Sandra
Sandra is a software collection of synthetic benchmarks that will give us a basic idea as to what a system is capable of. It should be noted that SiSoft numbers change depending on what version you have installed; these were recorded using Sandra Professional Version 18.26.2012.1 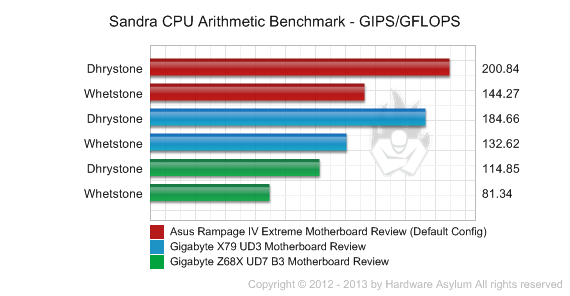 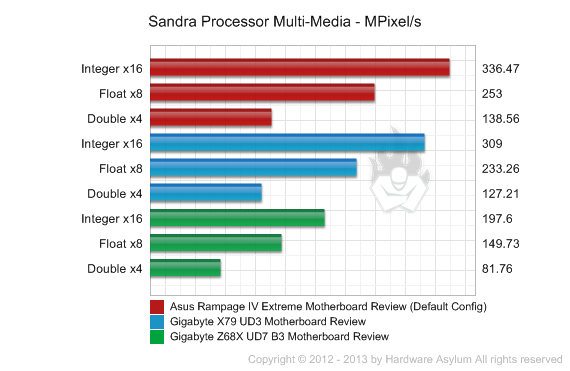 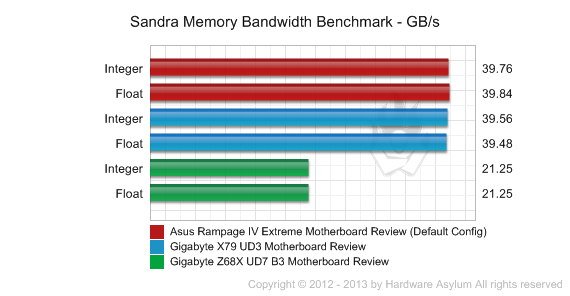 RightMark Audio Analyzer
One of the most difficult things about doing reviews is finding some kind of common ground to establish a benchmark on so that when we say something is good our readers know it is based on something they can try themselves.  In the cause of audio reproduction there are too many factors to consider such as hearing quality, sound equipment (speakers) and room dimensions so we are turning to the RightMark Audio Analyzer to give us a set of audio specs.  We will then use those numbers to determine what kind of audio quality you can expect.

Synthetic Conclusion
Synthetic performance never really tells the entire story, but is a good indication of what the system would probably be capable of doing under the right conditions.   The Core i7 3960X is an extremely powerful processor.  Also based on the charts it would seem it is extremely accurate across systems as well.  We included scores from a Z68 system running the 2600K Sandy Bridge processor to provide some scale.

The new Rightmark audio benchmark is a great tool for exposing audio specs for the various chips and software used and read much like if you were buying an amplifier or sound system for your house.  What you can take away from this is that the sound quality is "average" for an onboard audio solution.  We did color code some of the other numbers to give you an indication as to what each of the numbers mean.

We do store and reuse our reference benchmark numbers and while our testing methods are identical for each board there can be some variances.  In these tests you can see the Rampage IV Extreme taking the performance lead in almost all of the tests,  we normally attribute this to optimizations in the UEFI or minor bits of factory overclocking.
Motherboards