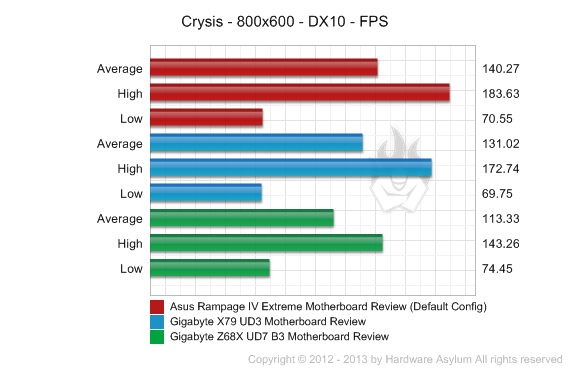 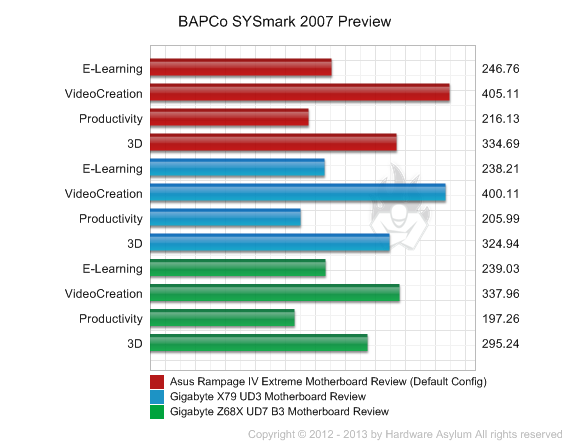 Futuremark PCMark 7
PCMark 7 is a overall system benchmark designed for Windows 7 that combines more than 25 individual workloads covering storage, computation, image and video manipulation, web browsing and gaming. The PCMark score is completely portable however to recreate it the score completely you will need almost identical hardware.

Real World Conclusion
Our real world benchmarks are designed to illustrate a cross section in performance that covers gaming, video encoding, content creation and everyday office applications.  Our results are pretty straight forward and are surprised to see how much "faster" the Rampage IV Extreme is over our reference systems.  This further supports what we had seen in our synthetic tests and some of the benefits to factory overclocks.

We did replace the Quake 4 benchmark with Call of Duty 4 Modern Warfare to give us another game in the performance cross section.  DirectX 11 is not represented in our motherboard reviews because the results are almost purely based on the video card and has very little to do with motherboard performance.  Because of this we are going to stick with DX9 and DX10 titles until another awesome OpenGL game comes along.