As a computer hardware enthusiast, I get really excited when new hardware launches as it is fun to dive into what makes the new components different from the previous generation and, the past two years have been a flurry of change.  In April of 2020 we welcomed the launch of Comet Lake and the Z490 chipset.  This was a pretty big launch as it marked the end of the HEDT processor along with an increase of processor cores for the smaller mainstream package.  Then, about a year later we get the launch of Rocket Lake.  While most enthusiasts discredited this processor it brought PCI Express 4.0 to the Intel platform and dropped a few cores from the Core i9.  Overall it was pretty much a clone of Comet Lake.

Not more than 6 months after the launch of Rocket Lake we are presented with what might be one of the most impressive processors I have ever seen.  Of course, with a new processor we naturally are presented with a new chipset along with a complete refresh of motherboards to compliment every segment of the market. 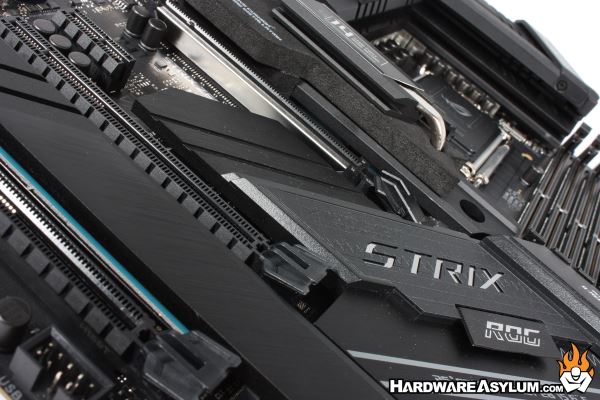 In this review we will be looking at the ASUS STRIX Z690-E Gaming WiFi from Republic of Gamers.  As the name suggests this motherboard is built on the new Z690 chipset supporting a new generation of 12th edition processors from Intel, code named Alder Lake.  The new processor features a larger socket design, new heatsink mounting position, new memory support and comes with PCI Express 5.0.

All of those things translate into massive jumps in theoretical performance.  Some of these cannot be properly tested until supporting hardware is released whle others are dressed to impresss and will smack down the rest.