It’s hard not to feel like the stand alone sound card is a bit of a relic in today’s world of feature rich enthusiast motherboards.  High end motherboards like my GA-X99 Gaming 7 come with swappable OP-AMPs and a pretty killer onboard Creative Sound Core3D quad-core audio processor.  With sound like that It may seem there is really no need to look further but, you can only so much and still maintain a balance between cost effective and reasonable features.

Was it worth the wait?  Let’s find out! 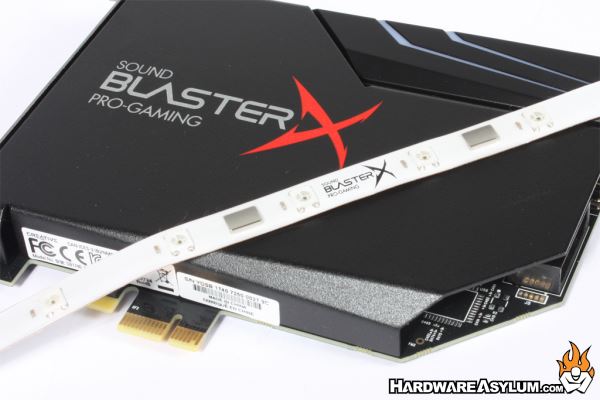 On the surface the BlasterX AE-5 is simply a high end 5.1 sound card using the award winning Sound Core3D engine.  But a closer look at the features tells a different story:

Creative is the worldwide leader in digital entertainment products. Founded in Singapore in 1981, Creative started with the vision that multimedia would revolutionize the way people interact with their PCs.

Since launching the phenomenally successful Sound Blaster sound cards and setting the de-facto standard for PC audio in 1989, Creative has been able to leverage on its leading-edge audio technology, a huge user base of 400 million, and strong brand name to expand into the exciting lifestyle Personal Digital Entertainment (PDE) market.