There are four spring screws and two standard screws holding the Windforce 2X cooler in place.  Removing these will release the cooler from the card while leaving the backplate attached.  Additional screws are used to secure the backplate to the PCB and are accessible once the cooler has been removed. 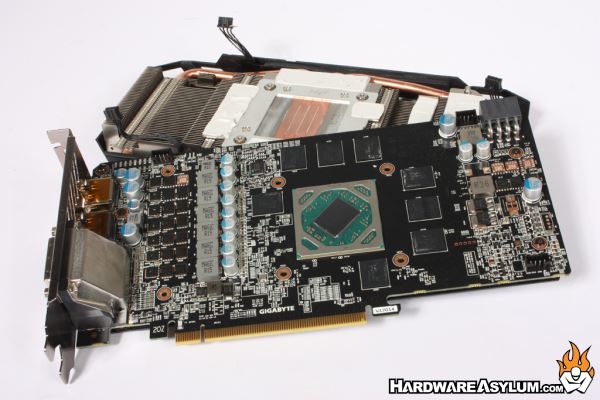 The Windforce has become a common cooling solution on all of the high-end Aorus and Gigabyte video cards which is often regarded as one of the coolest factory heatsinks on the market today.  Each video card gets a special heatsink design to match the power output of the GPU.

This version features a quad heatpiple cooler with core contact heatpipes and cold plates for both the memory and VRM.  This ensures that the GPU gets priority cooling while still addressing the cooling needs of the memory and VRM. 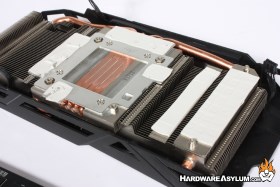 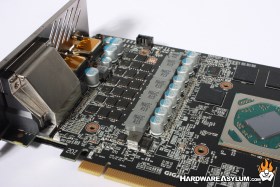 One of the limiting factors that determine how much a video card can be overclocked has always been the size of the VRM.  On the Aorus RX 570 you will find a total of 6 power phases along with a very interesting capacitor and mosfet line to help smooth the power delivery.  The overall design is very impressive especially considering what other companies have been doing.