We like visiting the Noctura booth at Computex, their displays are elegant and to the point.  They also do a great job at showing off their current and future products regardless if they will make it to market or not.

The highlight of the booth was a single 120mm fan.  Yes, it's true a fan would very rarely get any attention on these pages but this fan is special.  It has been specially engineered to be a powerful and efficient CPU cooling device. 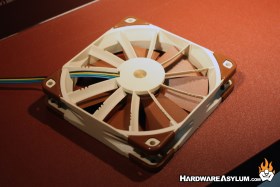 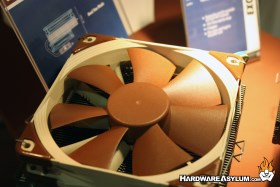 Starting with the bottom of the fan you will see a series of fixed blades that are designed to disrupt the normal cone of air and direct it into a vertical column.  The position of these blades is also important since if they were on regular intervals they would create a resonance frequency as the fan blades passed over them.  To solve this problem the engineers offset the blades between 1 to 3 degrees as they rotate around the center axis.

The fan also features a series of boundary layers to promote better airflow, increase efficiency, and reduce noise.   Watch for a review of this fan since it should be the future of fan design, at least in terms of cooling per decibel. 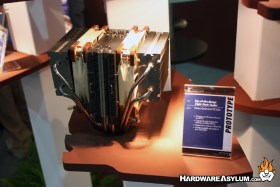 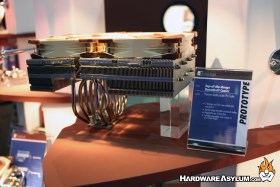 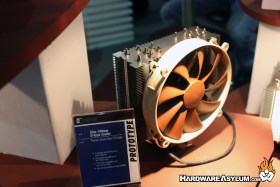 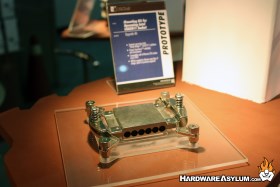 Here are some of the other coolers they had on display.  Most follow the normal Noctura design ideals but a few push the envelope a bit.
Events