There is a natural evolution to computer hardware.  Sometimes the change is due to market conditions and component upgrades while others are based on user recommendations or "That crazy idea the in-house overclocker came up with".  When it comes to motherboards I have seen just about everything and while most upgrades are just maintaince there are some that really change how a board can be used.

Almost two years ago Intel released the Haswell-E.  A LGA 2011-v3 socket processor designed for the X99 chipset using DDR4 memory.  Unlike the previous SandyBridge-E and IvyBridge-E processors that came before the Haswell-E was available in three variants using different core counts and either 40 or 28 lanes of PCI Express bandwidth.  I bring this up because Broadwell-E is on the horizon and what better way to promote an upgraded motherboard than with a new processor.

In this review I’ll be looking at the EVGA X99 FTW K Edition motherboard.  Like the Z170 Classified K this is a refreshed motherboard designed for more realistic mainstream builds that favor gaming over sheer looks and over-the-top system builds.  While the previous X99 FTW is normally a mid-range motherboard the X99 FTW K has more in common with the X99 Classified than its predecessor. 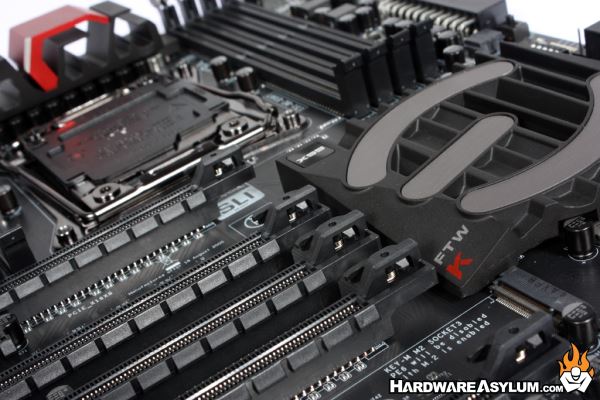