Metro Last Light is a first-person shooter inspired by the previous Metro 2033.  The game is set in a post-apocalyptic world and features action-oriented gameplay with a combination of survival horror elements.

The game uses an updated version of the 4A Engine, which adds visual effects such as improved lighting, textures, tessellation, more destruction and interactivity into the environments. 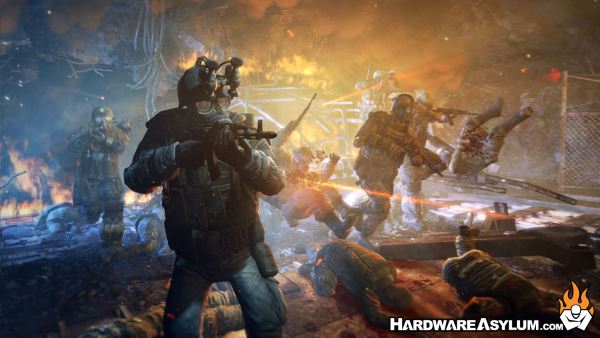 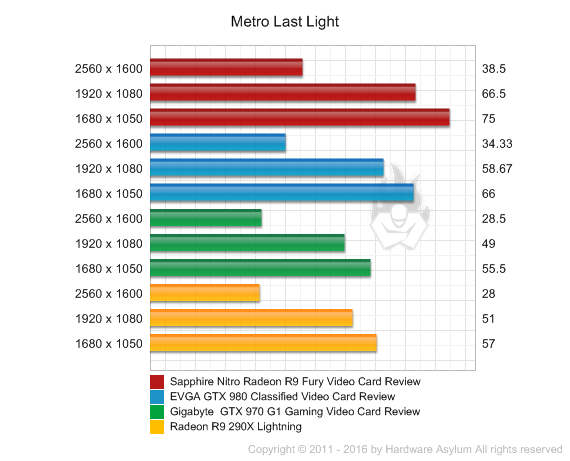 Killer benchmark, in fact the settings really push the limits of any video card where getting 30+ FPS is a huge milestone.

Once again the R9 Fury takes the lead which is honestly somewhat of a surprise given how complex this benchmark really is.