One of the unique things in our reviews is the overclocking aspect where we pit the default speed system against the overclocked one in a head-to-head byte match.  The effective overclock for these tests is 5.6Ghz @ 56x multiplier and 100 BLCK.  The CPU will clock up to 5.3Ghz on air without a single voltage bump however load temps were well past 90c so, it was time to go cold.

The interesting thing about overclocking stock Kaby Lake is that while my thermometer claimed -48c when I was running SiSoft Sandra you could see the CPU temps rise up to 5c using the onboard debug LED.  If there was any reason to delid a Core i7 7700K “this” is why. 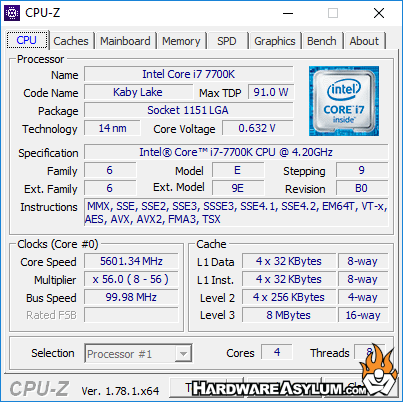 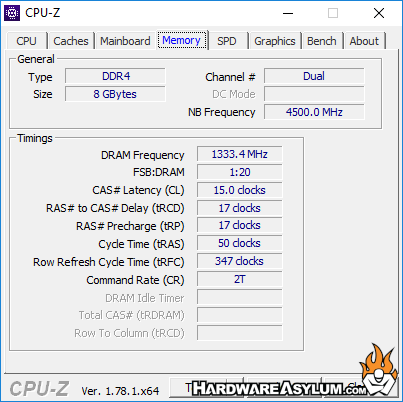 When overclocking it is important to find a "sweet spot" where the performance curve tops out and still remains stable with a reasonable amount of heat production.  For this test I didn’t pay much attention to heat output but rather stability with the least amount of CPU voltage.  Of course when you get into doing extreme overclocking you’ll find that the Voltage/Frequency curve tends to climb in a logarithmic scale and it starts around 5.2Ghz on the Core i7 7700k so "least amount of voltage" is a bit of a misnomer.

The EVGA Z270 Classified K actually did all of the voltage adjustments for me.  At 5Ghz the CPU core voltage was around 1.3v and at 5.2Ghz it was raised to around 1.4v.  I did try setting the voltage manually however I ran into stability problems so, it was decided to push it and see how far it would go. 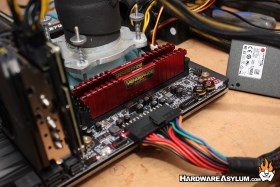 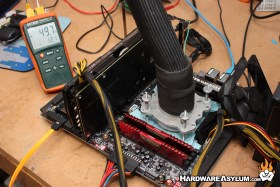 Under the phase I kept raising the CPU multiplier and running tests until the system crashed.  As it would turn out 5.6Ghz on the Single Stage Phase Chiller was the best it could do and while idle voltage was 1.4v under load it would jump to 1.46v due to the load line compensation.

The system would run at 5.7Ghz and at 5.8Ghz with a voltage bump however, CPU temps were going above 0c and would soon do a temperature based crash.  Considering that my old Sandy Bridge would collapse the phase at 5.7Ghz (meaning the CPU was generating more heat in than could be removed) I'm pretty sure I could go higher if I could just keep the chip cold.  Delid here I come.