As with all of our reviews, we pit the default speed system against the overclocked one in a head-to-head byte match.  The effective overclock for these tests is 5.2Ghz @ 52x multiplier.  To attain this overclock I took the cheap route by setting the XMP profile and running the EVGA OC Robot.

There is something that needs mentioning when it comes to these results.  While the standard tests were done using GSKill 4133Mhz memory those modules had to be swapped out for GSKill 3400Mhz sticks due to an issue I had setting the XMP profile on modules running faster than 3600Mhz.  When I reported the issue to EVGA they couldn’t duplicate the problem but are looking into it further.  Basically the only real change here is slower than expected memory performance.

What really bothers me about the Core i9 10900K is how “overclockable” the processor is.  The advertised Boost 3.0 frequency is 5.3Ghz and yet under load all the cores will only boost to 4.9Ghz.  Setting the multiplier manually will force the CPU to run at 5.2Ghz across all the cores and yet there is no way to reliably run the advertised 5.3Ghz.

Bottom line, this CPU was already maxed out from the factory leaving us with extremely poor overclocking overhead. 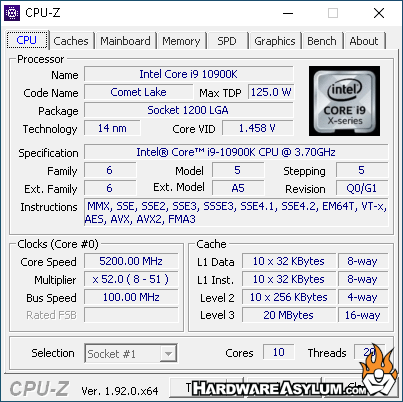 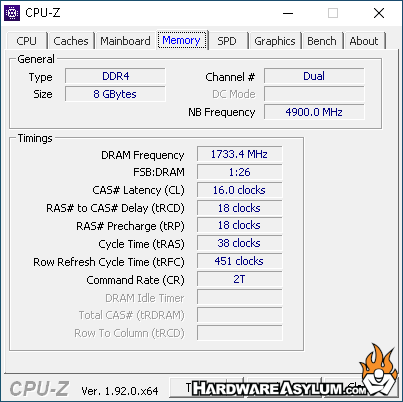 As you can see the OC Robot works quite well and will balance CPU performance against the cooler you are using.  A key thing to remember when running cooler based overclocking you must always factor in the ambient temperature.  My reviews are done on an open air test bench in a conditioned space.  Had I tested this system inside a case or in a room without air conditioning the peak temperatures can change and either make the system unstable or set the base overclock lower.

It should also be noted that *most* of this performance increase is from setting the XMP profile and a few instances where multithreading is heavily used.  Again, because the Core i9 10900K is already pretty much maxed out from the factory some of these benchmarks show the same values.