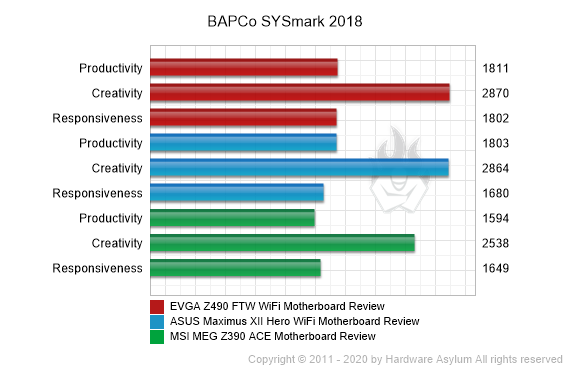 It should be noted that DirectX 11/12+ is not represented in our motherboard reviews because the results are almost purely based on the video card selected and very little to do with motherboard performance.  Likewise the benchmarks we have chosen respond well to minor changes in memory bandwidth and how efficient the system configuration is.   Sorry for the lack of Z270 results, it is a pretty old system afterall.