As with all of our reviews, we pit the default speed system against the overclocked one in a head-to-head byte match.  The effective overclock for these tests is 4.54Ghz @ 45x multiplier and 101Mhz BCLK.  To attain this overclock I spent some time tweaking and tuning to find the point where I could get the highest clock that the cooling system could handle.  I also set the XMP profile in the UEFI for some extra memory bandwidth. 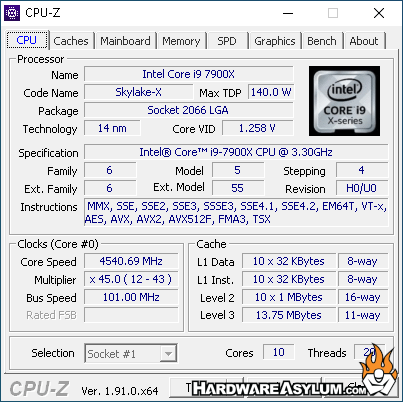 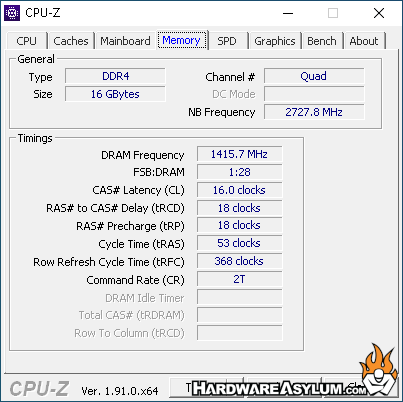 To maximize system performance you have a couple options.  The first is straight multiplier overclocking after that you can extract a little more by tuning the BCLK and memory settings.  This increases overall memory bandwidth and can make things faster due to how the multipliers work.  Of course with memory you can “buy” performance by simply buying faster modules.  This gives you faster out of box performance and considerably more headroom if you choose to experiment with BLCK overclocking and tuning the memory controller.

The biggest issue with LGA2066 is that the CPU is heat bound which can limit the overclock due to thermal throttling and shutting down.  On top of that most processors will boost to the same level we re overclocking to which really translates to my overclock setting all of the cores to the boost frequency.

This particular processor has been through a lot over the years.  Under most water and air cooling it will do 4.4Ghz but has always liked to stretch its legs.  With some LN2 the processor will run solid at 5.3Ghz with some shorter benchmarks enjoying a 5.5Ghz overclock.  These speeds are all dependent on how cold you can get the processor.

On the X299X Xtreme Waterforce my Core i9 7900X ran amazingly well at 4.54Ghz and turned out to be the flat out limit.  Any faster and certain benchmarks would crash along with a semi-random system shut down.  The reason for this shutdown was due to temperature as the CPU would spike past 100c triggering the thermal protections.