S.T.A.L.K.E.R.: Call of Pripyat is a first person shooter based around the destruction of a nuclear power plant. It uses the XRAY 1.6 Engine, features DirectX 11 support, and it includes real-time GPU tessellation. The maps feature photo realistic scenes of the region it is made to represent. 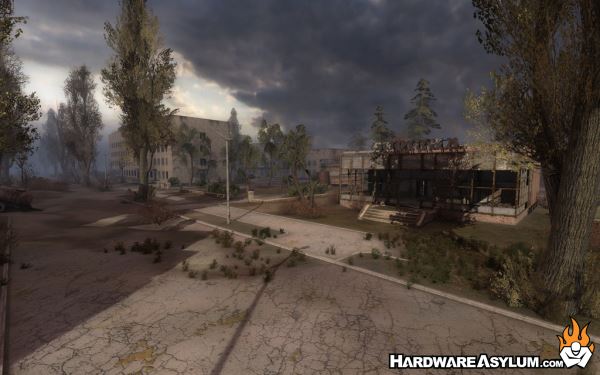 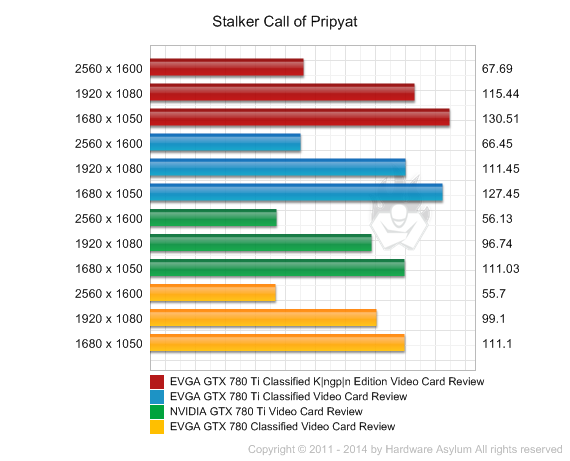 This was a fun benchmark to watch since it basically does a series of flybys over the terrain in different lighting and weather conditions.  We choose to use the SunShafts test for these results since it not only looked the best but also taxed the cards the most.

Results are similar to the other game tests with the KP Card faster only by a small margin.