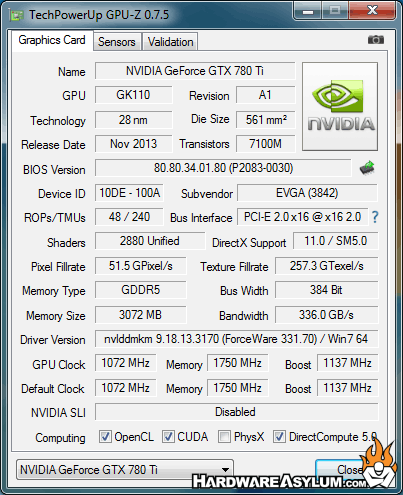 When applicable framerates were captured using the benchmarking software and a program called FRAPS.  FRAPS is an easy to use program that will monitor the framerate right before it is displayed to the user.  Gameplay was recorded from the start of the level and would persist to a pre-determined end point.  Scores were then complied over the course of two runs and averaged to provide the totals you will see in the charts. In the instances where FRAPS was not used to capture game data the benchmark program average was used.

The purpose of our benchmark suite is to provide the readers with a comparative analysis of video card performance based on a common set of variables.  This may not always reflect a real "in-game" experience or framerates, since those are almost impossible to replicate, but is designed to provide an accurate scale of performance of one video card to another given their default setting.  The games used in our testing suite were picked because they can provide repeatable results and may not reflect the latest game titles available.