The first thing you will notice is that the KP card comes with a translucent version of the EVGA ACX cooler.  Dimensions of the cooler are identical to the GTX 780 Ti Classified but the new shroud and graphic treatment really do make the card stand out.  Sadly no underglow or extra lightning effects just pure cooling. 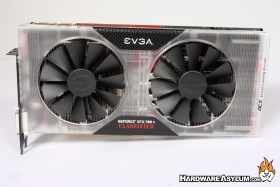 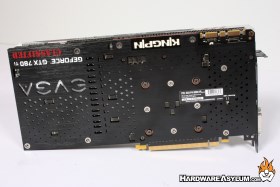 Flipping the card over normally gives you a chance to check out the circuitry but, instead you’ll find a custom EVGA back plate with Classified graphics in the corner and a cut-out showing the K|NGP|N logo from the PCB.  Most of the card features can still be seen including the larger VRM and large surface capacitors scattered around the card.

Video output is comprised of two dual link DVI video outputs combined with a single Display Port and standard HDMI connection.  All four of these can be used at the same time allowing you to run 3-way surround and still have a spare monitor for use outside of the game.  The I/O bracket is also a nice matte black color and features the larger venting for higher flow and great aesthetics. 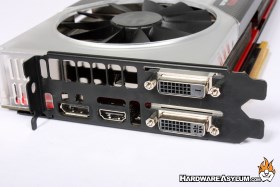 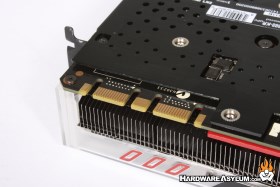 3-way and 4-way SLI are possible using the GTX 780 Ti given the dual SLI bridge connections found at the top of the card.  Unlike some of the competitor cards the EVGA 780 Ti Classified is configured to position the SLI fingers at the top of the extended PCB allowing you to use solid SLI bridges when two or more Classified cards are installed.

While you cannot use the solid connectors on mismatched GTX 780 Ti graphics cards the ribbon style connectors are still available and work just fine. 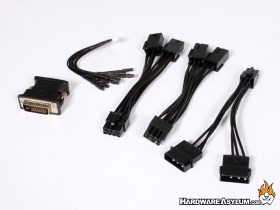 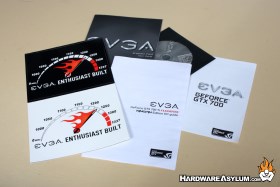 Included with each card you will get three PCI Express power adaptors to accommodate the power demands of the KP Card.  You will also get a DVI to VGA adaptor, Driver disk and two EVGA Enthusiast Built stickers to match your chassis configuration.  You will also get a large "Art of the Game" poster and mini Classified Kingpin Edition OC Guide booklet that goes over many of the features specific to this version of the GTX 780 Ti Classified.